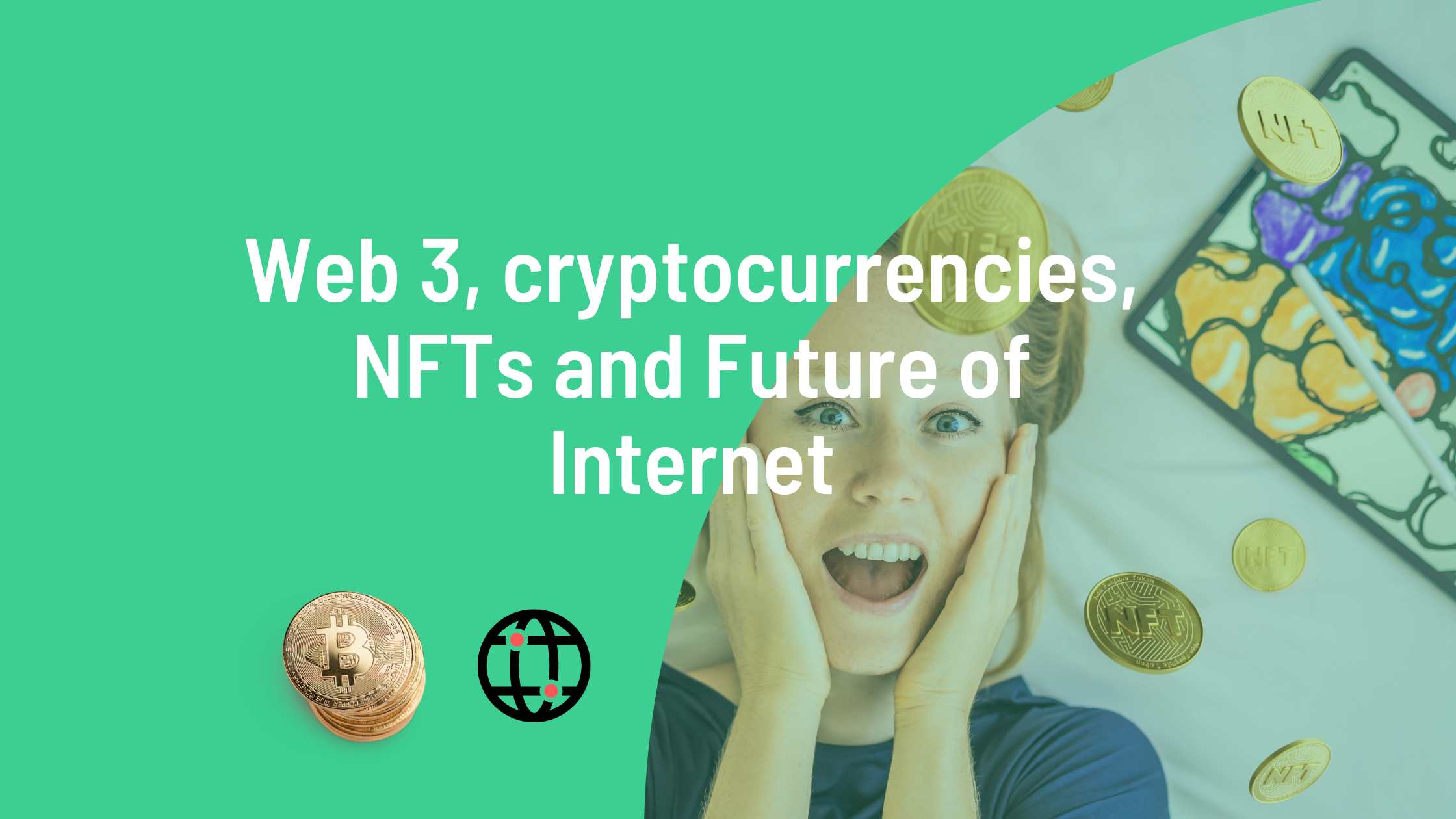 In 2022, the world is anticipating the arrival of newest iteration of the internet – Web3.

With decentralization and token-based economics at the forefront of Web3, it promises to be an exciting and unpredictable place.

But it’s also a very confusing place. If words like Web3, cryptocurrency, blockchain, and non-fungible token just add to the confusion, then you are not alone.

In this article, we explore the ins and outs of these emerging technologies and try to make sense of the future of the internet, today.

A Brief History of the Internet

To avoid a full history lesson, we won’t take you back to the creation of the internet, but we will return to 1991 when Web 1.0 was beginning to appear.

If you are old enough, you may remember using Web 1.0, with its static read-only web pages. These web pages – like Craigslist – featured very little interactivity and were largely text based. With such limited bandwidth, you may have seen a couple of images, but certainly no video.

From around 2004, Web 1.0 transitioned into Web 2.0; also known as the participative social web.

In short, Web 2.0 is the dynamic, interactive, largely user-generated internet that we are using today.

Importantly, while we used websites and apps to gather content and information, these platforms began taking information from us. This allowed companies to provide better content and more relevant advertising, albeit at a cost to privacy that is still being revealed.

What Exactly is Web3?

Web3 – also known as Web 3.0 and semantic web – is the next step in the evolution of the internet. Unlike the advancement from Web 1.0 to 2.0, Web3 is less about what we can see and interact with and more about the back-end and how the internet is governed.

Ultimately, Web3 is a concept about returning ownership of data to end-users through decentralization powered by blockchains.

Blockchains are decentralized networks of multiple peer-to-peer nodes (servers). They are publicly visible and verifiable digitally-stored ledgers of record, accessible from anywhere, by anyone.

Because blockchains guarantee reliability and security of a record of data, it generates trust without requiring a trusted third party. This is important when it comes to using cryptocurrency (see below).

Web3 is certainly an attractive prospect for the individual user due to some of the following predictions.

In Web3, individual consumers won’t have to access the internet through services mediated by companies like Google, Apple, or Meta. No single person or group will have control. Instead, all users retain control together.

Privacy will also be better than Web 2.0. Because your digital identity is not 100% connected to your real identity, your privacy will be better safeguarded when browsing, downloading, and purchasing.

Meanwhile, in Web3, you will be the owner of the content you put online. You can put something up, and – in theory – take it down, which is something not possible on Web 2.0.

There will also be no censorship in Web3, although whether or not this is a good thing is still very much up for debate.

Ultimately, Web3 takes power away from the tech giants, and puts it back in the hands of the individual. For this reason alone, it has become a very powerful concept.

What Are Cryptocurrencies and How Do They Fit in?

Decentralized finance (DeFi) is a large part of Web3, which consists of executing real-world financial transactions on the blockchain instead of through a centralized authority. Because the blockchain maintains a secure and decentralized record of transactions, there is no need for trusted third parties – in other words, banks will cease to be as relevant.

Cryptocurrency is simply a digital currency that is stored in a digital wallet. It is currently used by approximately 300 million users around the world.

There’s no single cryptocurrency although Bitcoin, which was founded in 2009, was the first and remains the best known. Bitcoin was originally intended to be used for transactions of any size, from a cappuccino to a car.

While the current state of the market is far from what was first imagined, a growing number of organizations are now accepting Bitcoin. For example, tech companies including Microsoft, Shopify, and Rakuten all accept cryptocurrency for payment, as do some luxury retailers, car manufacturers, and insurers.

There are now said to be more than 18,450 cryptocurrencies in existence at the time of publication (March 2022). While many of these are either not followed or have no trading volume (i.e. dead), there are still said to be over 10,000 active currencies.

At the time of publication, the total market cap of all cryptocurrencies was $2.023 trillion, so it’s a market that is taken very seriously – especially by the predicted 8% of the United States population that trades cryptocurrency.

Aside from Bitcoin, other well-known cryptocurrencies (known as altcoins) include Ethereum, Bitcoin Cash, Peercoin, Namecoin, Litecoin, Cardano, Dogecoin, and Polkadot.

What Do We Know About NFTs?

Non-fungible tokens – better known as NFTs – are digital assets (tokens) that cannot be replaced with anything else.

For example, something fungible – like money or Bitcoin – can be traded and replaced with something else. In other words, one US dollar is always worth one US dollar. NFTs are non-fungible, and therefore unique.

NFTs can be almost anything digital that represents a real-world item, such as pictures, animated GIFs, music, and more. For example, in March 2022, co-founder and CEO of Twitter, Jack Dorsey, sold his first tweet as an NFT for the equivalent of $2.9 million. It was bought using the Ether cryptocurrency.

Reading this for the first time, it can all sound a little far-fetched.

Ultimately, NFTs allow individuals to own, buy and sell unique digital items, with ownership recorded on the blockchain. NFTs are part of the Ethereum blockchain, although other blockchains also support them, including Bitcoin Cash.

To make sense of NFTs, understand that they do not stop digital assets – say, a drawing of a rock – being screenshotted or downloaded. However, the individual who buys the drawing of a rock has exclusive ownership of that image and the metadata that comes with it (which may include the artist’s signature).

To build an NFT collection, the individual must have a digital wallet, as is the case with cryptocurrencies.

At least in its current state, NFTs are a form of digital bragging rights and may seem a little strange to some; risky to others – especially as the future of these digital assets is unclear. However, NFTs give artists and content creators the chance to monetize their work in new ways, and remains popular for the time being.

Where Do DAOs Fit In?

Another acronym you may hear is DAO, which means Decentralized Autonomous Organization.

A DAO is an internet community-led group that facilitates coordination in a decentralized way, using software running on a blockchain.

DAOs are different from traditional organizations – there is no central authority like a board, with no committees or executives. Instead, the DAO is a self-governing group using a set of rules written down in code. These are enforced by the network of computers running a shared software.

Every member of the DAO receives tokens, and the value of these tokens increases as the community grows and succeeds. They are therefore an incentive for the individual to act in the best interest of the community.

This way of working opens the door to new opportunities for freelancers of all specialties, including developers, planners, content producers, writers, meme artists, community managers, analysts, and more, depending on the DAO and the end goal.

Experts say that the DAO ecosystem has potential for anybody, or any organization, wanting to pool funds or make decisions together.

The Future of the Internet

With blockchains, cryptocurrencies, NFTs, DAOs, and more, the future of the internet is shaping up to be an unpredictable and potentially unnerving place. But ultimately it is an exciting concept, as Web3 has the potential to completely change how we work, spend and operate as a society.

How is the timeline of Web3 set to play out? Nobody knows.

It’s unlikely that you’ll wake up one morning and everything has changed. In fact, the general public are unlikely to notice any real difference between Web 2.0 to Web3 as they visit their favorite sites.

We only have to look at the transition between Web 1.0 and 2.0 to see what may actually happen.

It’s likely that, over the next decade, we will see some of the Web3 ideas implemented – which has already happened in some circumstances, like the use of cryptocurrencies and NFTs. Some ideas will become more accepted and used, while others will fall into irrelevance and remain nothing more than ideas.

This is one reason why some experts don’t believe in labeling things like 2.0 and 3.0, while others prefer to call the next iteration of the internet Web 2.5 (a hybrid of Web 2.0 using some of the ideas of Web3).

At the end of the day, Web3 only scratches the surface with what is possible in the future of the internet.

For example, augmented and virtual reality are both set to play a bigger role in the future of the internet, while the concept of permanent automatic internet is another exciting prediction. Then comes the idea that, by 2030, the internet will go galactic and arrive on Mars, thanks to the mission to colonize the red planet!

Whatever happens, it is still early days, but it’s clear that the internet remains a digital organism that is consistently growing and developing into something bigger, faster, fairer, safer, and more private. And that can only be a good thing.

The rich text element allows you to create and format headings, paragraphs, blockquotes, images, and video all in one place instead of having to add and format them individually. Just double-click and easily create content.

Headings, paragraphs, blockquotes, figures, images, and figure captions can all be styled after a class is added to the rich text element using the "When inside of" nested selector system.

The rich text element allows you to create and format headings, paragraphs, blockquotes, images, and video all in one place instead of having to add and format them individually. Just double-click and easily create content.

Headings, paragraphs, blockquotes, figures, images, and figure captions can all be styled after a class is added to the rich text element using the "When inside of" nested selector system. 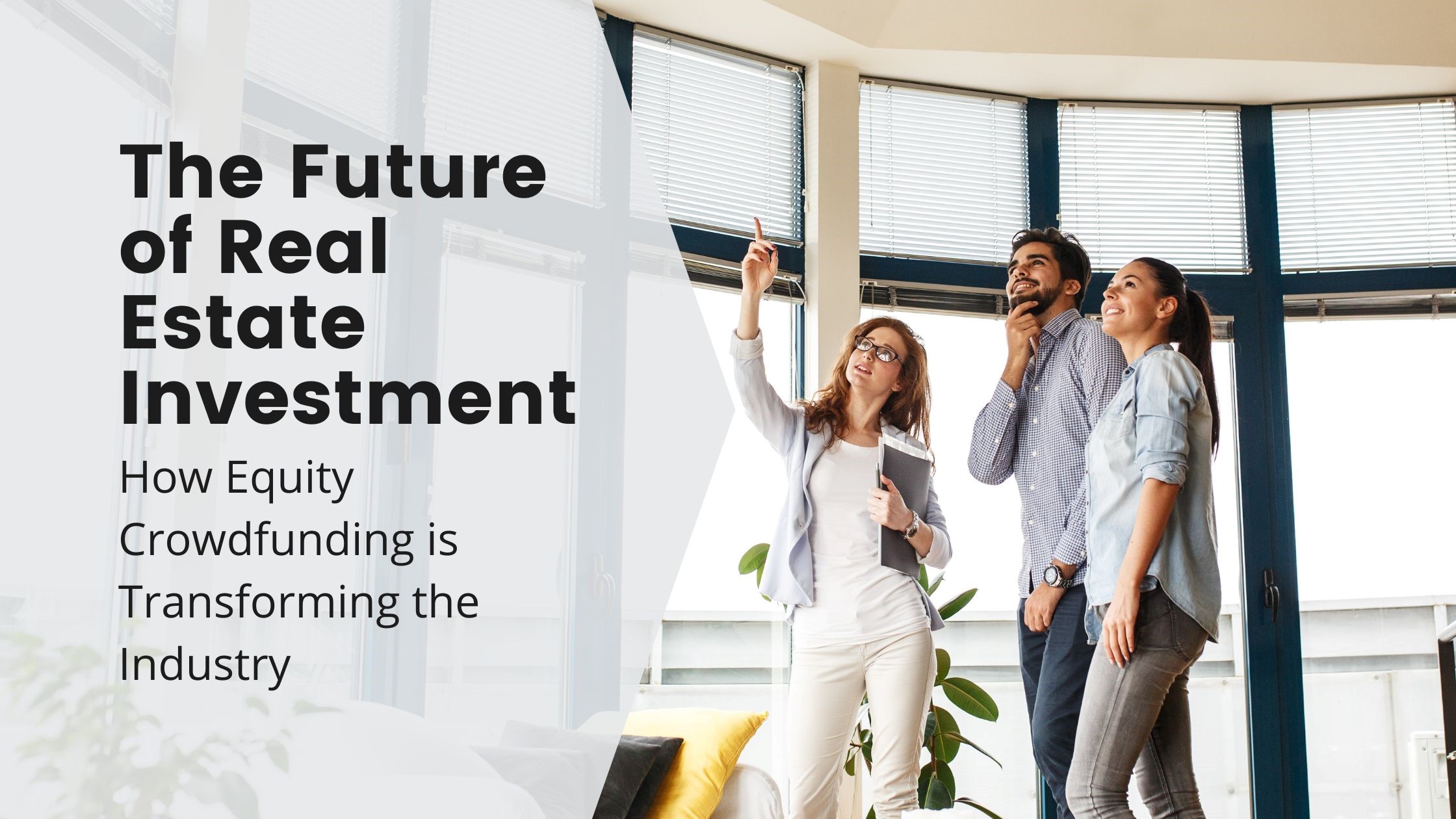 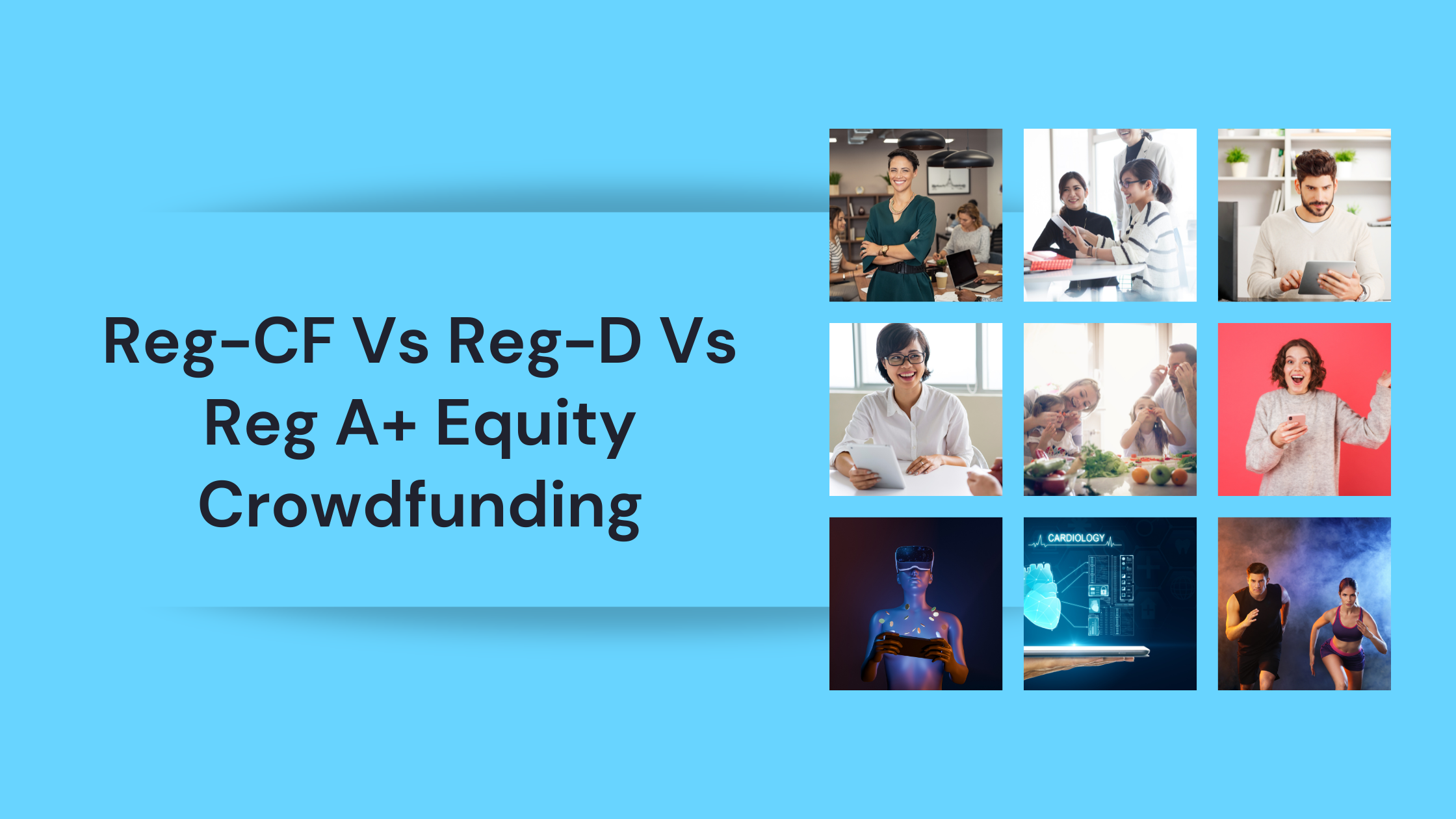 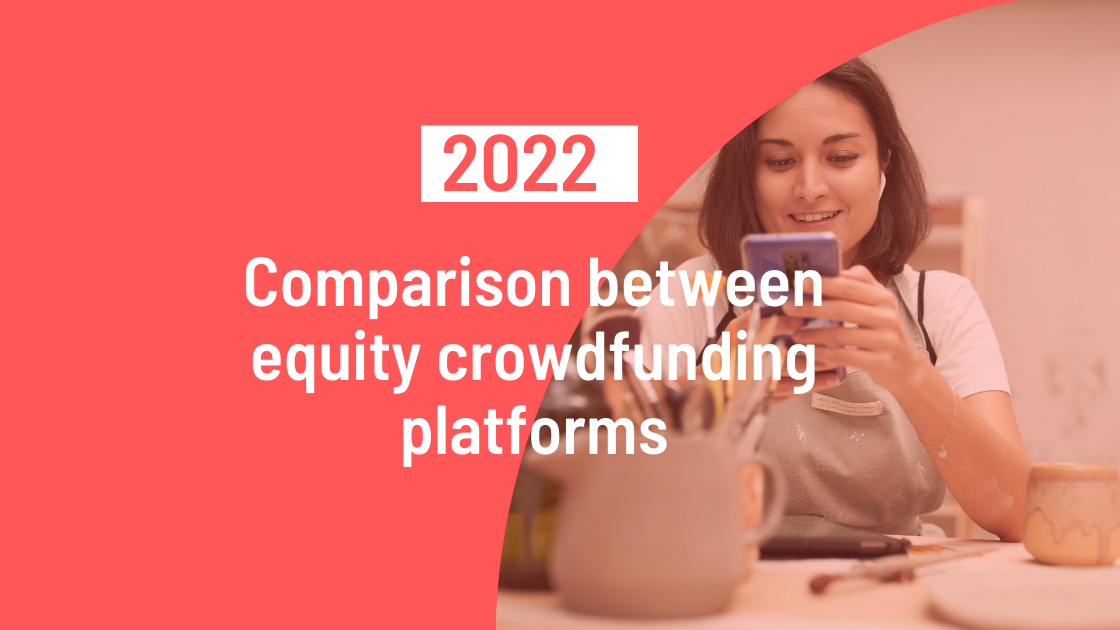 CrowdfundingA Comparison of Wefunder vs Republic vs SeedInvest
January 6, 2022